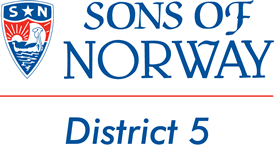 The History of Idun 74

Idun Lodge 74 was chartered in Madison, WI on February 24,1908 by 40 Norwegians meeting at Maccebee Hall. Invitations to the meeting were sent by Joh,n Backke and J.C. Svangestue of St. Paul, MN, representing the Supreme Lodge of Sons of Norway. The fledgling lodge chose a name from Norse mythology, Idun, the goddess of Youth.

The first officers elected were: R.N. Qualley, President; Olav Ullsvik, Secretary, and O.R. Jacobson, Treasurer. Both Qualley and Ullsvik served as officers ofthe Fifth District in later years. In 1916 a sister lodge· was formed, Fremsyn Lodge 456, Daughters of Norway. In January of 1964 the two lodges merged.

Idun's first woman president was Violet Hagen who served one term in 1969. At present Asta Welling is president of the lodge.

The Norway Center, Idun's home, is located on Winnebago Street, and was dedicated on June 15, 1963. The first annual lutefisk dinner was served there in November 1963. It has been the site for countless dinners and bazaars, craft. shows, and ethnic programs of all kinds.

In 1966 Idun was chosen Fifth District Lodge of the Year.

On-going projects have been the annual lutefisk dinner, an annual scholarship presented to a University of Wisconsin student in the Scandinavian Studies department, strong support for the heritage camp, and more recently, support of the local Ski for Light program.

On September 7,1914 a meeting was held in Madison to form Ole Bull District #5, a name held until 1928 when "Ole Bull" was dropped. Since then Idun has been host to district conventions in 1938 and 1988, and co-hosted the International Convention in Madison in 1982. Several members of the lodge have served on the District Board, beginning with O.T. Ullsvik in 1914. Since then R.W. Qualley and Einar Hammer served as President, and AIf Kjeverud, Andrew Vedvik, Donald Haugen, and Jon Grinde have filled other positions on the board.

The preceding history was originally published in the 75th Anniversary book of District Lodge 5.

Idun Lodge 5-74 was chartered in Madison, Wisconsin on 24 February 1908 by forty Norwegians who met on the third floor of Maccabee Hall, 28 W. Mifflin Street. John Backke and John C. Svangestue, representatives of the Sons of Norway Supreme Lodge in Minneapolis, were present to act as organizers. The lodge was named after the Norse goddess of youth, as suggested by Prof. Julius E. Olson of the Scandinavian Department at the University of Wisconsin.

The new lodge became active at once, sponsoring a 17th of May celebration. As part of the Madison festivities, Idun Lodge put up a prize of $50 in gold for the best Norwegian-American national song. Of the 77 songs submitted, the winner was Rev. Sigurd Folkestad for his "Norsk-amerikanerenes sang," sung to the tune of Nordraak's "Der ligger at land mod den evigne sne." Then in June of 1908, Pres. Qualley represented the new lodge at the ninth "head" lodge convention in the old State Capitol in St. Paul, Minnesota.
At almost every meeting, several new initiates were added, gradually building the membership roster. Remember that at this time all members were required to purchase and maintain payments on insurance policies in order to join and stay active in the lodge.

In the following years, "building or planning to build lodge homes, organization of drill teams and choruses, and making libraries adjuncts to the lodges, began to be common occurrencesMembership contests also tended to lend zest to the recruiting of members." The Supreme Lodge Board of Directors offered a ticket to Norway (value $177.30!) as a prize for the lodge initiating the most new members from 1 May 1913 to 1 January 1914. Although the winner, with 143 new members, was Norden 2 in Tacoma WA, Idun Lodge was first runner-up, with 77 initiates.

On 7 September 1914, representatives from lodges in Wisconsin and Illinois met at Woodman Hall in Madison to form Ole Bull District #5, a name held until 1928 when "Ole Bull" was dropped. Idun Lodge hosted this inaugural meeting for the district, and again hosted district conventions in 1934, 1938, and 1988 (and will again in June 2008), and hosted International Conventions in Madison in 1982 and 2002.

Several members of Idun 74 have served on the 5th District Board, beginning with Olav T. Ullsvik in 1914. R.N. Qualley and Einar Hammer served since as President, with Alf Kjeverud, Andrew Vedvik, Donald Haugen, and Jon Grinde filling other District positions through the years. Mary Jane Bennett and Mary Zoroufy currently serve on the Board.

Sons of Norway membership increased in general in the early 1920s, and the lodges of southern Wisconsin thrived. For example, distinguished authors and other dignitaries from Norway were guest speakers at various lodges. In October of 1923, Idun Lodge sponsored a public lecture in Madison's Woodman Hall, given by Johan Bojer, author of "The Great Hunger," "The Power of a Lie," "The Last of the Vikings" and other popular novels published in America in Norwegian. Also in 1923, Idun Lodge and Valders Lodge in Mount Horeb cosponsored a July outing on Smoky Mountain, a 1700-foot eminence in Blue Mounds, the highest point in Wisconsin. An indication of the popularity of the event was the 500 autos parked on the grounds.

Large outings like this were common throughout the 1920s, with Idun participating in one or two every summer. In 1928 the lodges of Dane County gathered in Lees Grove, Deerfield, for morning and afternoon services, four speakers, and music provided by the Deerfield High School Band, the Grieg Chorus from Madison, a quartet from Stoughton, and the violinist Harald Smedal. Then only a week later, the lodges of southern Wisconsin and Rockford IL had another joint gathering.

In 1929, these lodges again met at Albion, south of Madison, and only a week later about 3,000 people assembled for an outing of the Dane County lodges in Olin Park in Madison. After services in the morning, Governor Kohler introduced the afternoon program, a speech by Minnesota Governor Theodore Christianson "Norsemen as the Pioneers of History." Other speakers were honorary Idun member Prof. Rasmus B. Anderson, Fifth District President Gythfeldt, and Waldemar Ager, Norwegian-American author. The Grieg Chorus sang, and traditional music was played on the Hardanger fiddle by Hans Fykerud of Stoughton.

Idun 74 participated actively in the special celebration on 21 December 1929 of the centennial of the birth of Col. Hans Heg of Civil War fame. He was the well-loved commander of the almost-all-Norwegian 15th Wisconsin Infantry Regiment who had fallen at the Battle of Chickamauga in September 1863. A wreath was placed on the recently erected Heg statue in Capitol Park by A.J. Myrland, in the presence of members of Idun Lodge and military dignitaries.

The economic depression that followed resulted in a loss of members, especially in rural lodges. However, this didn't check Idun Lodge's activities or its general advancement of the order.

At the 1932 Supreme Convention, all lodges were encouraged to celebrate another centennial, the birth on 8 December 1832 of the great Norwegian patriot and poet Bjørnstjerne Bjørnson, "who more than any other poet became the very embodiment of the national soul of Norway." Idun 74 and the Scandinavian Department of the University of Wisconsin gave a program at the university in Madison, with Prof. Rasmus B. Anderson presiding. Prof. Einar Haugen spoke about Bjørnson the man, Prof. Paul Knaplund about Bjørnson the patriot, Prof. Julius E. Olson about Bjørnson the poet, and the Grieg Chorus "gave Bjørson songs."

The 1934 District 5 Convention was held in Madison June 8-9 at the Park Hotel. Nineteen lodges were represented by 39 delegates. At the time District officers received annual salaries, which at that meeting were fixed for the president at $50; the vice-president at $25; and the secretary-treasurer at $15 a year plus 7¢ a member.

Entertainment at district conventions in those years was similar to recent ones, with the apparent exception of more speech-making and drill team presentations in those days. For example, in 1934, on the first night at the Moose Hall there were speakers, musical numbers, the Leikarring dancers, and an exhibition by the Ladies' Drill Team. The next evening a banquet for about 300 was held, with Attorney Oscar Christianson speaking and "Norwegian recitations by Mrs. S.S. Svendsen, songs by Oswald Berntson, marimba solos by Dorothy Heicks, and - as the climax - 'spring dance' by Supreme Trustee Qualley, his daughter, Mrs. Jennie Mergen, and his granddaughter, Rose."

As of 30 June 1934, there were 301 Sons of Norway lodges in good standing, and the total national membership was 15,199. This was 3,479 less than on 30 June 1932, the decline in active members not only a result of the depression, but also because of the aging and demise of Norwegian-born members. To counteract this, youth organizations were established within several lodges. It its June 1935 issue, Sønner of Norge magazine contained the draft for a constitution for "Norse Juniors of the Sons of Norway," and the district boards were requested to put the plan into operation.

Another trend affecting the entire membership during this time was the wider use of English by Norwegian-Americans. More than half of the new lodges of this biennium were English-speaking, and even lodges that had been staunchly Norwegian began sending communications in English to the Sønner of Norge. In the March 1936 issue, the minutes of the Board of Directors' meeting appeared for the first time in English.

And let us not forget the women! In 1915 a sister lodge to Idun was formed, Fremsyn 456, Daughters of Norway. After the mid-western Sons and Daughters lodges formally merged in 1952, the two Madison lodges combined in January of 1964. Although women have taken various leadership roles in Idun through the years, Violet Hagen was the lodge's first woman president, serving one term in 1969. Since then, other female presidents have been: sisters Asta Blanchar and Mary Jane Bennett, Carol Culbertson, and Mary Zoroufy.
Idun Lodge had been meeting at various local halls for decades, while continually planning to fulfill the dream of having its own building. In 1938 the lodge acquired property on Williamson Street upon which was erected a filling station, which was leased to a lodge member. In 1956 another piece of property was purchased, with hopes of constructing a lodge building a few years later. Neither of these came to fruition, but - in its 55th year - Idun Lodge finally acquired its own home, which it still inhabits. The Norway Center at 2262 Winnebago Street was dedicated on 15 June 1963, and the mortgage was burned in a ceremony barely 12 years later, on 21 February 1975.

Following are some of the accomplishments achieved by the lodge since it has "resided" on Winnebago Street: In 1966 Idun 74 was chosen as 5th District's Lodge of the Year, and the lodge has received numerous awards for its newsletter through the years. The first of many annual lutefisk dinners was held in 1963, when the cost to attend was only $2.50! Last October over 400 people paid $13.50 to dine on the infamous cod and typical Norwegian side dishes. Iduns annual Saturday-after-Thanksgiving frokost and bake sale was supplemented a few years ago with a Saturday-before-Easter frokost. An annual scholarship was first presented in 1979 to a UW Scandinavian Studies Student toward studies in Norway; the 2008 scholarship of $1,000 was presented at Idun Lodges 100th Anniversary Dinner in April. As in past years, this summer we also provided scholarships (matched by District 5) for youngsters to spend two weeks at Masse Moro heritage camp; this time two returning campers and four new campers benefited. In June we hosted the biennial Fifth District Convention, which was deemed a success by all who attended.

Idun Lodge 5-074 continues - and will continue for years to come - to bring our members together in the celebration of Norwegian heritage, and to serve our members through cultural programming and options for financial protection.

Much of this information and the quotes are from Carl G.O. Hansen's History of Sons of Norway, 1944.